NORTH RANDALL, OH – This Saturday’s $500,000 Ohio Derby (G3) at Thistledown drew a large and competitive field of 11 runners that includes the Todd Pletcher-trained Promise Keeper, going for his third straight win. This event seems to grow in popularity each year, which is especially nice to see for a small track that is able to put up a solid purse for its marquee race.

Set for race 9 on a 10 race-card that includes 2 other stakes races, the Ohio Derby is scheduled to run at 4:20 PM ET.

Promise Keeper is sure to garner a lot of attention in this race, as he has been made the morning line favorite at 7/2. He won impressively over Keeneland allowance foes 2 starts back, then picked up his first stakes win in the Peter Pan Stakes (G3) at Belmont Park. Shortly after the race, Pletcher stated that this race, rather than the Belmont Stakes (G1), would be where the horse pointed. Luis Saez will come in for the ride, with the horse breaking from the rail.

Another horse looking to repeat victory is King Fury, last seen dominating his rivals in the Lexington Stakes (G3) at Keeneland. That victory earned him a shot at the Kentucky Derby (G1); however, a small setback kept him out of the race. He was garnering attention leading up to the Derby, so he’ll likely be attractive to bettors in this spot. Corey Lanerie will come in for the ride, breaking from post 4.

Keepmeinmind perhaps has the most name recognition in the race. The Robertino Diodoro-trained colt competed in both the Kentucky Derby and the Preakness Stakes (G1), though he finished off the board in both. While this race serves as a significant class drop, he hasn’t won since he broke his maiden in the 2020 Kentucky Jockey Club Stakes (G2); he’s been winless in 4 starts this season. He’ll try to reverse that trend when he breaks from post 8 with David Cohen in the saddle. 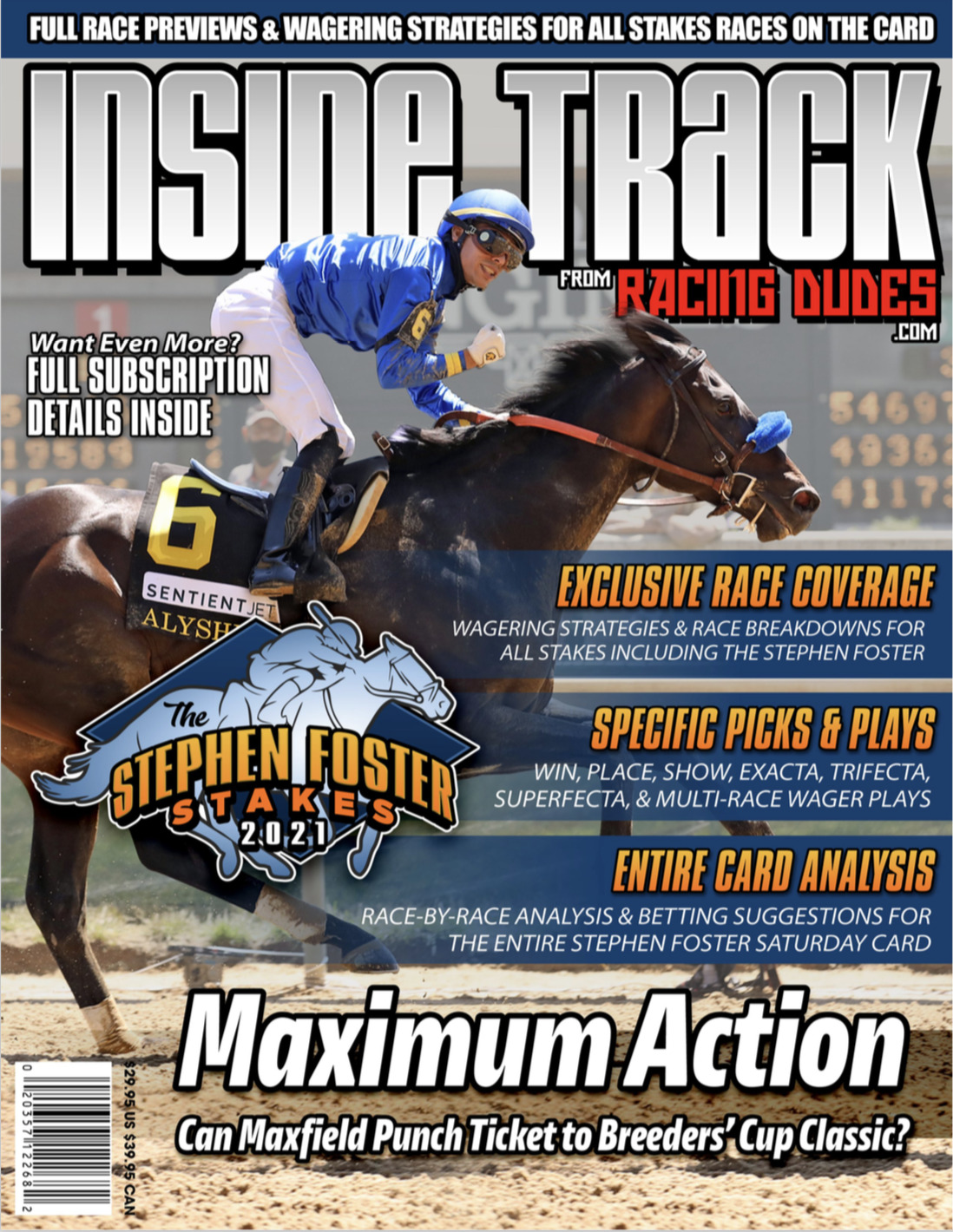 #10 Masqueparade – We’ve been waiting for this horse to return ever since his ultra-impressive allowance win at Churchill Downs last time out. That field was full of horses with stakes potential, but he disposed of them by 11 3/4 lengths. If he can build off of that effort, then there’s no doubt he can win what looks to be a nice steppingstone for a big second half of the season. That race was also contested at 1 1/8 miles, the same as this race, which is another positive sign. At 8/1, we’ll take our chances with him.

#4 King Fury – It’s good to see him return after he missed the Derby. As gut-wrenching as that was for his connections, it gave him time to regroup and use this as a good starting point to his summer campaign. He showed in the Lexington that he has the ability to win a race of this magnitude. A similar effort will give a him a big chance to win this one.

#1 Promise Keeper – This horse deserves to be the favorite based on form, and Luis Saez shipping in to ride is a big advantage. However, the rail draw is not ideal and the field drew a bit tougher than usual. He has a lot of upside and his last 2 wins were impressive, but we’ll try to beat this lukewarm favorite on top.

#9 Proxy – Who knows what he’ll do here. He was a very frustrating horse along the Kentucky Derby trail, as he ran very competitively against the tough Fair Grounds group but never could put it all together as far as winning. He was said to be heading to the turf for his next start, so it was surprising to see him show up here. He has the talent, but does he have what it takes mentally? That’s the big question. He’s a classic “defensive use” type.

#8 Keepmeinmind – He’s an underneath play at best until proven otherwise. Though this is a class drop, he still has just 1 win from 8 starts, and that victory came against a weak field. He’ll come with a closing run, but will it be enough to win?

#7 The Reds – His consistency makes him a nice underneath play, but he may lack the talent to win. He settled for second in the off-the-turf Pennine Ridge Stakes (G2) last time out, even though he took the lead at the top of the lane. It’s likely he’ll make a similar move in this spot, but like Keepmeinmind, this horse has only crossed first once in 8 lifetime starts.

#5 Ethical Judgement – This horse has never finished worse that second in four lifetime starts, including a nice win last time out in an off the turf allowance event at Churchill Downs. From a speed figure standpoint, he needs to show improvement, but he could do just that as he stretches out in distance for this one. This is a horse that is clearly improving, while he also has a very solid two-turn pedigree.

#11 Channel Fury – This horse should set the pace, but his post position draw does him no favors. He’s unlikely to be around when the real running begins.

#3 Hozier – We’ll see what he can do without Bob Baffert’s help. He lost a long stretch duel last time out in the Sir Barton Stakes and the speed figure came back a cut below the better horses in this group.

#6 Hello Hot Rod – He’s a solid horse at the allowance or lower stakes levels, but he’s probably a bit outclassed against this field. His best chance is to go to the front early and try to take them gate to wire.

#2 Falcons Fury – He seems overmatched here, considering he lost to low-level allowance horses in his last 2 starts. This horse will need some major improvements to compete against this level.