The 6th annual Pegasus World Cup will be held Saturday, January 29, 2022 at Gulfstream Park. Looking for picks and tips? We’ve got you covered. 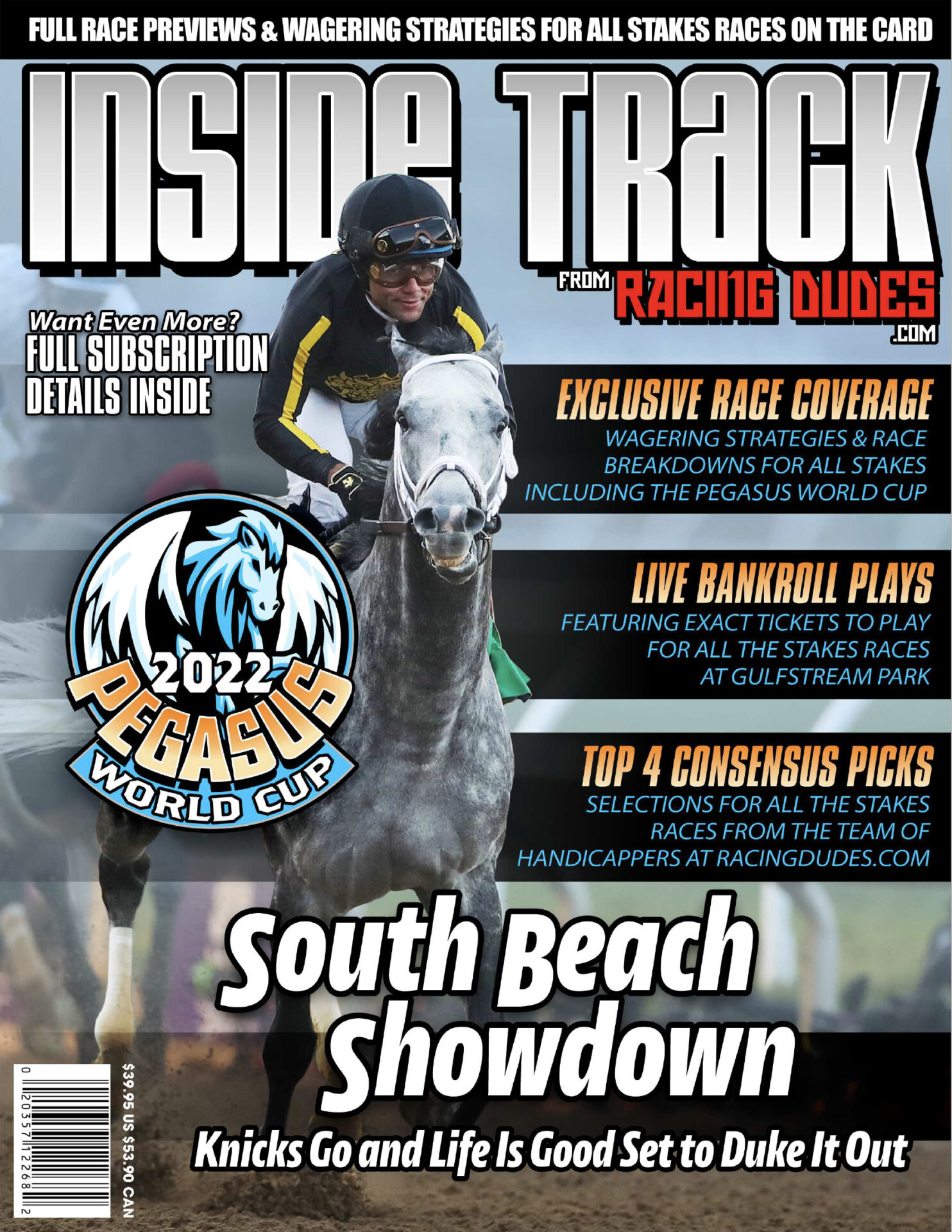 Inside Track to the 2022 Pegasus World Cup

Download our MASSIVE 15-page Inside Track to the 2021 Pegasus World Cup wagering guide!

Korea Racing Authority’s Knicks Go was strong as ever in his victory in the 2021 $3 million Pegasus World Cup Invitational (G1) at Gulfstream Park.

Colonel Liam’s win was his second straight following the local Tropical Park Derby and improved his overall record to 6-4-0-1. The 4-year-old Liam’s Map colt, purchased for $1.2 million as an unraced juvenile, has now earned $690,965.

See the finishing order, results, and payouts below.

The Racing Dudes preview and give picks for Saturday’s $1.5… Read More

Each week, this important article will provide the standings, power… Read More