Aaron previews the 2022 Raven Run Stakes (G2) at Keeneland, then gives his top picks and longshots. The Steve Asmussen trainee Wicked Halo could benefit if a wicked pace duel falls apart in the stretch, but what if Smash Ticket is just too fast to be dueled with? Tell us YOUR thoughts in the Comments section! 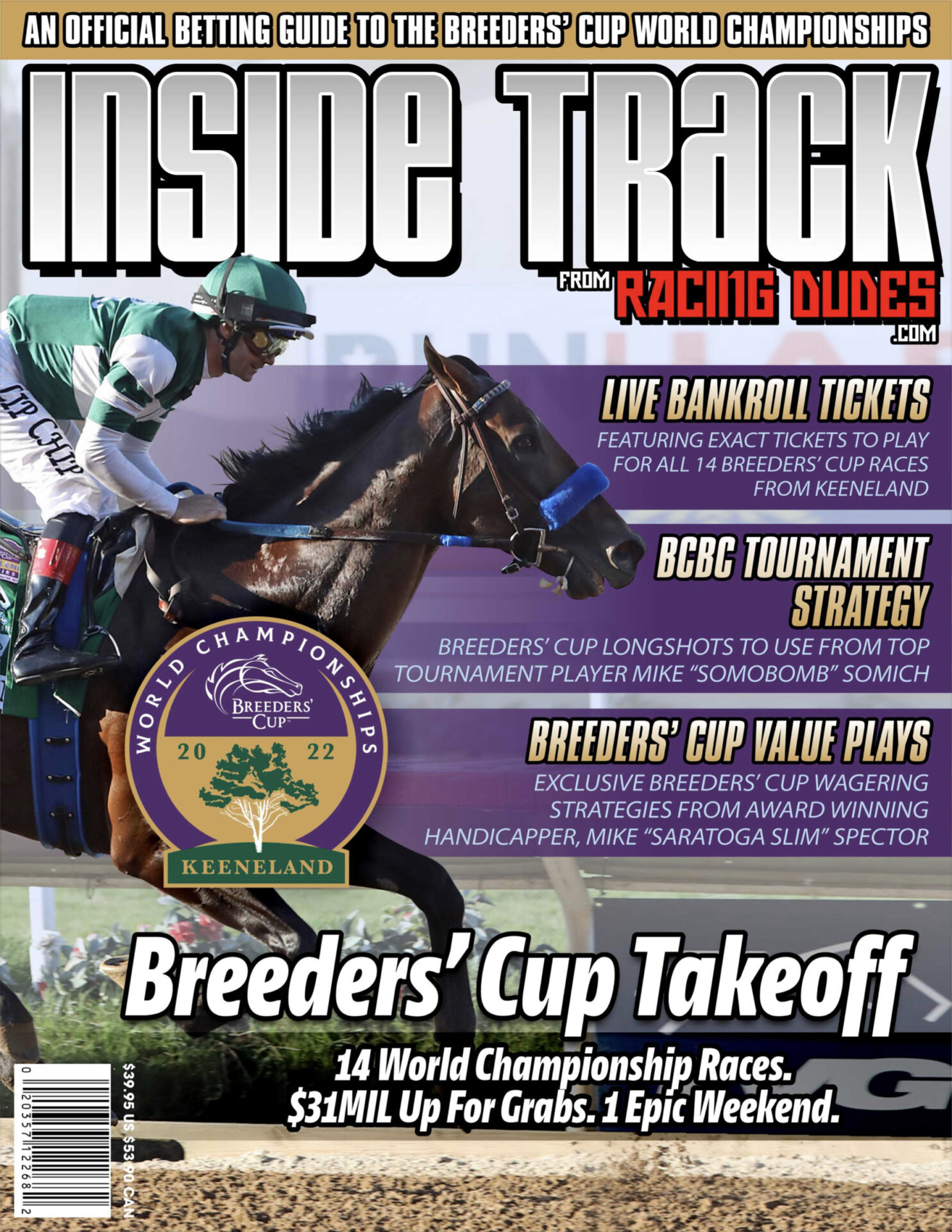 Winchell Thoroughbreds’ homebred Wicked Halo, winner of the Prioress (G2) at Saratoga in her most recent start, heads a field of nine 3-year-old fillies entered Wednesday for Saturday’s 24th running of the $350,000 Lexus Raven Run (G2) going 7 furlongs on the main track.

One of two stakes scheduled on Saturday’s 10-race program that begins at 1 p.m. ET, the Lexus Raven Run will go as the ninth race with a 5:16 p.m. post time.

Trained by Steve Asmussen, Wicked Halo brings a three-race win streak into the Lexus Raven Run with two of the victories coming at Churchill Downs prior to the Prioress. Tyler Gaffalione, who has been aboard for all three victories, has the mount Saturday and will break from post position eight.

Enhancing the field are three invaders from New York.

Alifyfe Racing’s undefeated Fingal’s Cave ships in for trainer David Donk. The New York-bred daughter of Carpe Diem enters the Lexus Raven Run off a victory in the restricted Fleet Indian at Saratoga on Aug. 26. Joel Rosario has the mount and will break from post position five.

Trainer John Terranova II will send out two runners: Gatsas Stables, R. A. Hill Stable and Steven Schoenfeld’s Delaware Oaks (G3) winner Midnight Stroll and Union Lake, who was third in the Prioress for Schoenfeld. Luis Saez has the call on Midnight Stroll and will break from post nine, while John Velazquez will be aboard Union Lake from post one.

The field for the Lexus Raven Run, with riders and weights from the rail out, is:

“At some point, we will challenge her and this seems to be a good spot,” trainer David Donk said Wednesday morning from New York. “The Raven Run is for straight 3-year-olds, it’s graded and it is a good spot to see where we stand.”

Fingal’s Cave, who did not make her racing debut until May, in her first two starts walloped fellow New York-breds by a combined 17 ½ lengths sprinting.

The daughter of Carpe Diem, a two-time Grade 1 winner at Keeneland, then walloped open company going 1 1/8 miles. In her most recent start, she won at the same distance in the restricted Fleet Indian on Aug. 26 at Saratoga.

“We looked at the Cotillion (G1 at Parx) and elected not to go, which was a good move because the race came up tough over a tricky track,” Donk said. “I am not sure what her best distance is. She ran so well sprinting in her first two starts, and she has been training really well the past few weeks.”

Fingal’s Cave showed her readiness for the task at hand by working a best-of-42 5 furlongs in :59.21 over the Belmont training track Sunday morning. She is scheduled to arrive at Keeneland Thursday morning with Donk coming Friday.

Fingal’s Cave could give him his second stakes victory here to go with the win by Rough Opening in the Forerunner (G3) in 1996. Donk has started 16 horses at Keeneland with three victories.