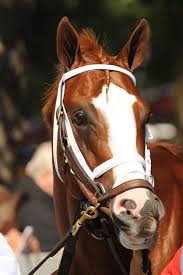 1. El Padrino – Running in the Risen Star Stake this Saturday at Fair Grounds.  It’s a huge race for him considering he doesn’t have the graded earnings yet.

2. Out of Bounds – Will run next at Santa Anita.

3. Algorithms – Running in the Fountain of Youth this Sunday.

4. Secret Circle – Huge win in the Southwest at Oaklawn; will go back to Santa Anita and see where Baffert sends him next.

5. Discreet Dancer – Running in the Fountain of Youth this Sunday; like El Pardino it’s a big one just because of lack of graded earnings

6. Union Rags – Also running in the Fountain of Youth this Sunday.

7. Alpha – Most likely running in the Wood at Aqueduct in April.

8. Hansen – Running in the Gotham Stakes at Aqueduct for his next start. 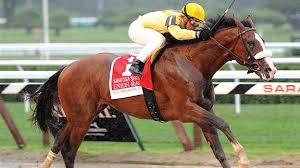 9. Sabercat – Haven’t heard much out of this one yet.  I will try to get an update and post it when I know something more.

10. Castaway – Very nice win in the Southwest Stakes; should be better as the distance gets longer.

12. Mr. Bowling – Running in the Risen Star Satkes at Fair Grounds this Saturday.

13. I’ll Have Another – He’ll most likely run his next start in the Santa Anita Derby

14. Creative Cause – Even though he finished 3rd in the San Vicente Stakes last weekend he should get better with distance.  I’ve heard the Rebel could be next for him as well.

15. Bodemeister – Recent Santa Anita allowance winner won like a freak; awaiting word on his next start.

16. Fed Biz – Same as Bodemeister…just waiting to see what’s next for him 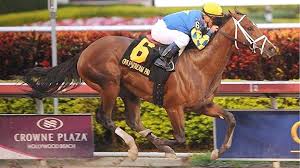 17. Scatman – Ran the race of his life when finishing a close 2nd to Secret Circle in the Southwest.  Will run in the Rebel at Oaklawn next.

18. Dullahan – He’s been working out, but still awaiting a race from him this year.

19. Shared Property – Running in the Risen Star at Fair Grounds this Saturday.

20. Daddy Nose Best – Nice win at Golden Gate last Saturday; would like to see a solid dirt performance before I get to crazy over him.

The Magic Mike Show 185: What We Learned (Keeneland Edition)

The Magic Mike Show 183: What We Learned

Authentic Hoping to Right the Ship in Haskell

Opening day at Saratoga is like none other. While we… Read More