NEW ORLEANS, LA – After setting a glacial early pace, Markitoff nearly stole the race at 62/1 odds but ultimately lost the head-bob at the wire to the 1/5 favorite Bricks and Mortar in Saturday’s Muniz Memorial […] 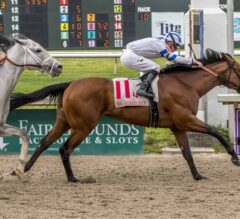 NEW ORLEANS, LA – Absent from racing for six months, Gary Broad’s Core Beliefs made a victorious return on Saturday, taking over at the top of the stretch before repelling Silver Dust […] Read More 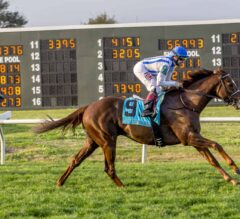 NEW ORLEANS, LA – Pin Oak Stable’s homebred Synchrony returned for more of the same on Saturday when the multiple graded stakes winner duplicated his success in last year’s edition by once […] Read More 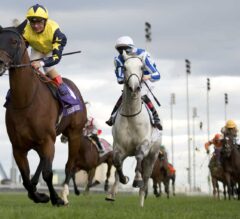 TORONTO, ON – A pair of European shippers gave the audience quite a thrill at Woodbine on Saturday when Desert Encounter overtook Thundering Blue late to win the Grade 1, $800,000 Pattison Canadian […] Read More 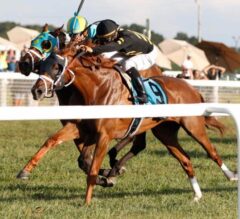 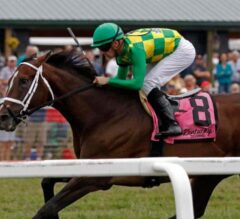 FRANKLIN, KY – Trainer Brad Cox’s Arklow rallied strongly from near the rear and was able to edge past his four Mike Maker-trained foes in deep stretch to take Saturday’s Grade 3 […] Read More 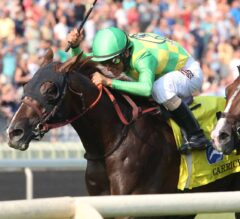 ARLINGTON HEIGHTS, IL – Donegal Racing’s Carrick blew up the toteboard with a flourish at 38/1 odds on Saturday, pouncing off of the far turn before holding off the 4/5 favorite Analyze It late to […] Read More