DEL MAR, CA – Nine young female horses – all of them having first seen light of day in The Golden State – will further their education at Del Mar Thursday afternoon when they match up in the 68th edition of the $100,000 California Thoroughbred Breeders Association (CTBA) Stakes, the feature attraction on an eight-race program.

The CTBA is one of the eight Golden State Series races that are being conducted at Del Mar this summer. They are part of a 36-race arrangement run at five different tracks in the state for California-bred or sired runners that are part of the $4.35 million sequence. 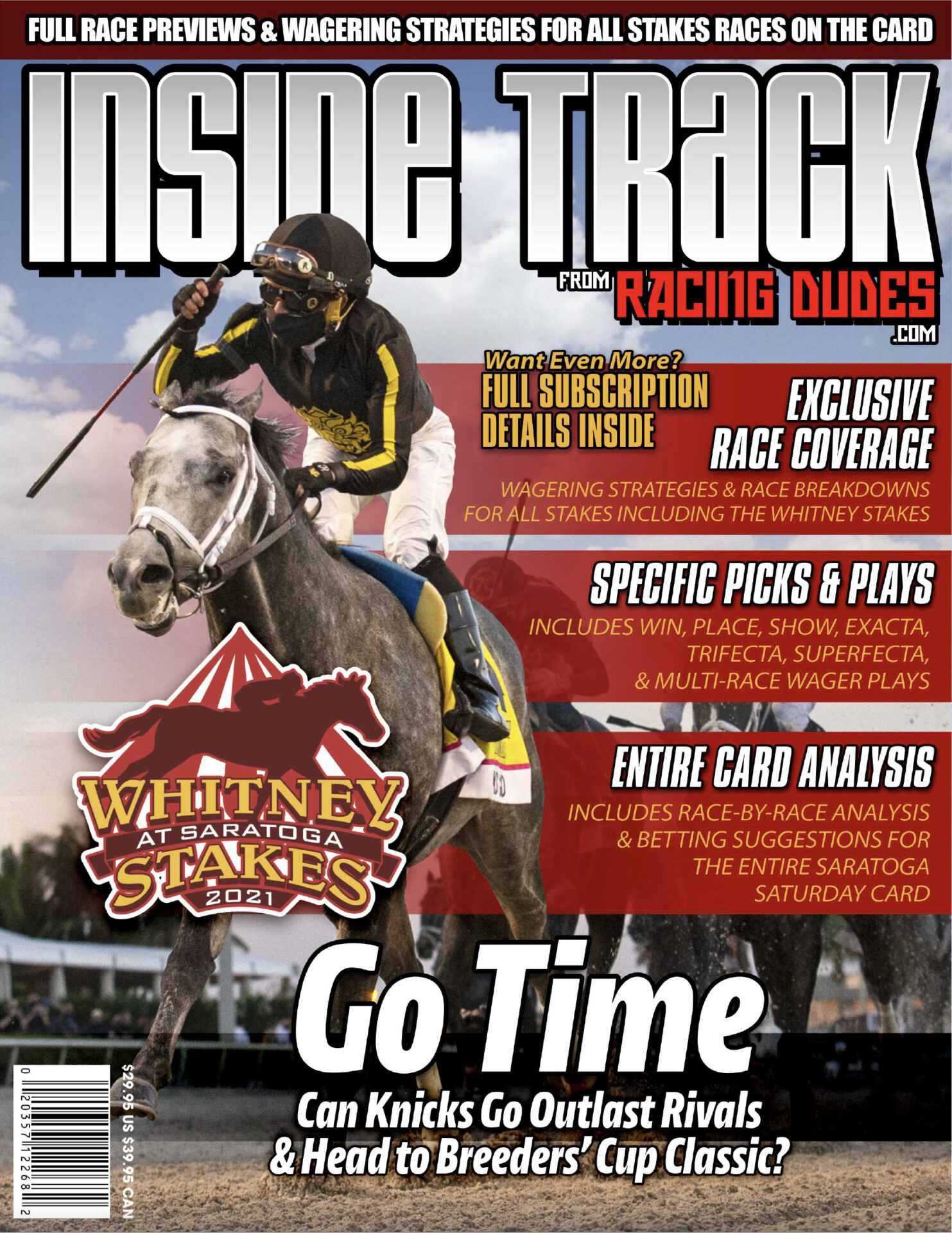 None of these fillies has run the CTBA distance of 5 1/2 furlongs yet, so that will be part of their learning.

Only two of the nine have competed at Del Mar so far, so that’s something new, too, for most.

But eight of the nine have found out what it’s like to visit the winner’s circle after a race, so probably for one of them, it won’t be a big surprise for that to happen if they run fastest Thursday.

Two of the fillies will draw their fair share of looks and wagers Thursday when the dash goes off as the day’s 7th Race. They would be Lovingier, Beckerie or Carrillos’ At the Spa and C T R Stables’ Ko Olina.

The former, a daughter of the Ghostzapper stallion Shaman Ghost, has been to the post twice and come away a winner on both occasions. She opened her career on May 7 at Santa Anita and clicked by 7 lengths going 4 1/2 furlongs in an open maiden special weight affair.

At the Spa came back at the same track on June 20 and proved best once again, this time by 2 1/4 lengths in the Fasig-Tipton Debutante Stakes, a 5-furlong test that drew only five runners.

Jorge Periban trains the bay lassie and Tyler Baze rode her in both starts. He gets the call once more for Thursday.

Ko Olina has the most experience in the lineup with 4 starts already under her belt. The juvenile by the Malibu Moon stallion Stanford ran 3 times at Santa Anita earlier, finishing first across the line in the third one on June 19. Unfortunately, she was disqualified that day and placed second for drifting out and bumping a rival.

The bay miss came back at Del Mar on July 18 and was first across the line once more – and this time it counted.

Jockey Edwin Maldonado rode Ko Olina in her winning race and trainer Luis Mendez has chosen to put him back up again for her CTBA start.

Here’s the full field for the filly sprint from the rail out (with riders):