The Haskell is a 1 1/8-mile dirt route restricted to 3-year-olds that offers a Breeders’ Cup “Win and You’re In” berth for the Classic. The 2020 Haskell champion Authentic parlayed his victory into taking the Classic later in the year.

California-based Hot Rod Charlie arrived earlier this week to Monmouth Park and has since taken multiple trips over the track for trainer Doug O’Neill, who saddled the Oxbow colt to victory in March’s Louisiana Derby (G2).

Hot Rod Charlie set the pace in the Belmont before Essential Quality passed him with a 1/2-mile remaining. The margin of victory for the 1 1/2-mile test was 1 1/4 lengths.

“I think the draw sets it up perfectly for us,” said Roadrunner Racing’s Greg Helm, the owner of the colt along with Boat Racing, Gainesway Stable, and William Strauss. “Charlie is a pretty versatile runner. Obviously in his last couple of races he went out strong. We’ll see what Flavien feels like coming out of the gate, but I imagine it will be a similar race as the last couple.”

Juddmonte Farms homebred Mandaloun, who drew post 3 and was made the 2/1 second choice for trainer Brad Cox and jockey Florent Geroux, brings recent local success to the Haskell.

Mandaloun began his career winning 3 of 4 starts including the Risen Star Stakes (G2), but he was sixth as the favorite in the Louisiana Derby for his only off-the-board performance to date.

He rebounded in the Kentucky Derby, finishing second by a 1/2-length, then won last month’s Pegasus Stakes, the local prep for the Haskell.

“To win the Haskell would be huge. Just huge,” said Cox. “He’s a good horse and he’s been training extremely well. This (level) is where we belong. I love this horse.”

Trainer Todd Pletcher hopes to add a fourth Haskell title to his Hall of Fame resume when he saddles Spendthrift Farm homebred Following Sea, the 3/1 third choice who drew the rail and will carrry Joel Rosario.

Following Sea was late to get started, finishing second (then disqualified to third) in his March 6 debut at Santa Anita Park, but he broke his maiden in a 6-furlong Oaklawn Park sprint April 10.

In his third and most recent start, the Runhappy colt cruised to a 6 1/2-length score against Belmont Park allowance rivals going 6 1/2 furlongs June 3. The Haskell will mark his first time routing. 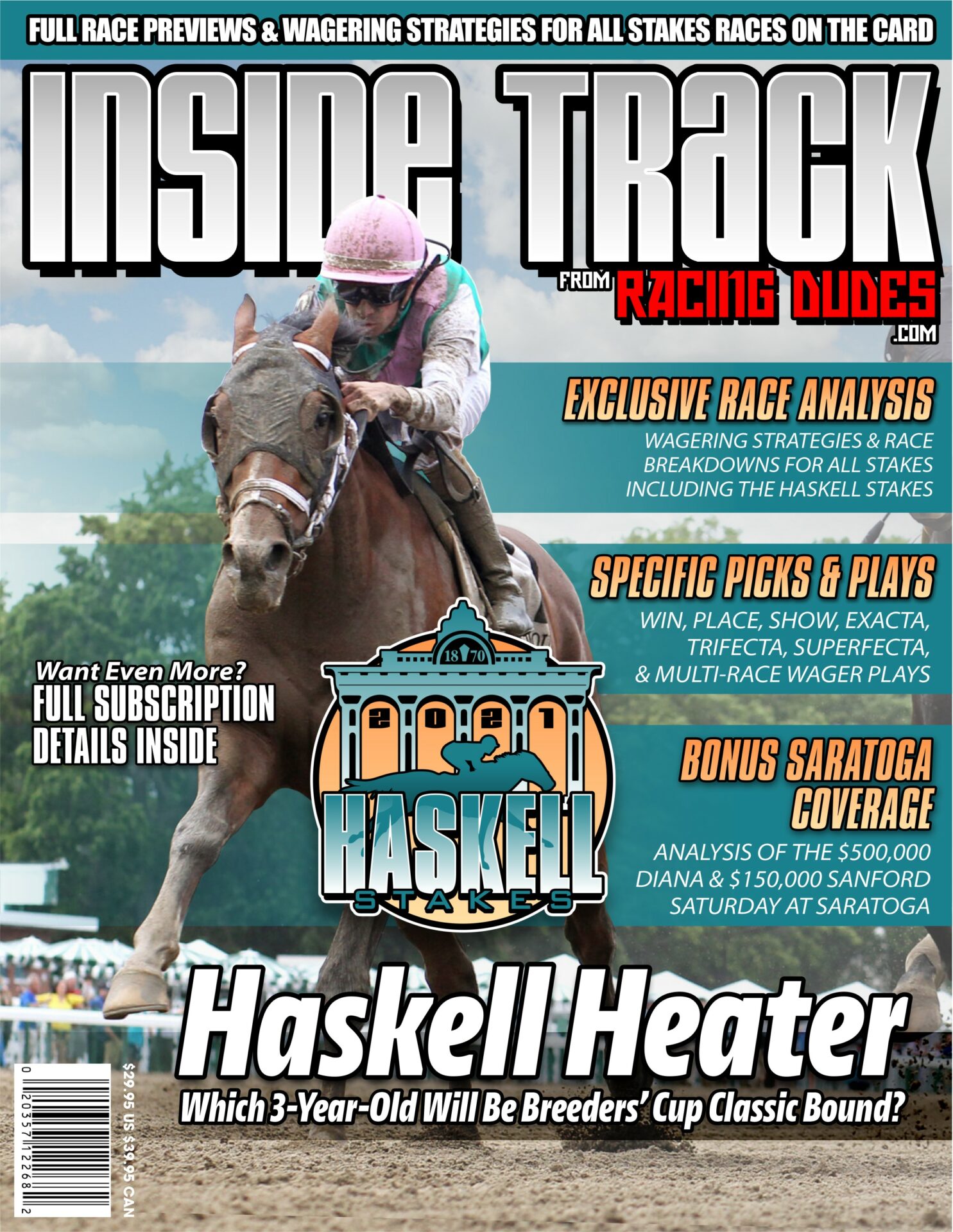 Inside Track to the 2021 Haskell Stakes

Get the MONSTER wagering guide to the 2021 Haskell Stakes featuring in-depth analysis of all 6 stakes running at Monmouth Park! Bonus SARATOGA picks included!

The consistent Midnight Bourbon, who drew post 7 and was assigned the 9/2 fourth choice, will have Paco Lopez aboard for trainer Steve Asmussen, who won the 2009 edition with superstar filly Rachel Alexandra.

Midnight Bourbon has hit the board in 8 of 9 starts and won January’s Lecomte Stakes (G3) on the Kentucky Derby trail before eventually finishing sixth in the Run for the Roses.

“I expect Midnight Bourbon to break well, and I think a sharp break for him is essential,” said Asmussen, who won the 2009 Haskell with Rachel Alexandra, only the second filly to win this race. “There’s speed in the race and I think that will make it very interesting to the first turn.”

TORONTO, ON – Munnyfor Ro, under a patient ride from… Read More