HALLANDALE BEACH, FL – Gulfstream Park has a star-studded 14-race extravaganza planned for Saturday on a card that includes 9 stakes and first post kicking things off at 11:30 AM EST. The highlight will be the $300,000 Fountain of Youth Stakes (G2) which attracted a strong field comprising of several intriguing Kentucky Derby (G1) prospects. A total of 10 will contest this year’s running, which will go off as the 14th and final race of the day.

Top headlining duties go to Greatest Honour, who has won 2 in a row including the Holy Bull Stakes (G3) coming into this event. He improves with every start for trainer Shug McGaughey, who has said that this colt reminds him a lot of former Kentucky Derby winner Orb. Greatest Honour drew post 8 for this event and will have Jose Ortiz back aboard for the mount.

The biggest wild card is the Breeders’ Cup Juvenile Turf (G1) upset winner Fire at Will, who moves back to dirt for his 3-year-old debut. That big win makes him the class of the field, and as soon as the dust settled, trainer Mike Maker’s plan has been to try the Derby trail. Jockey Kendrick Carmouche flies down from New York for the mount and will break from post 4.

Another intriguing prospect is Drain the Clock, who stretches out for the first time for trainer Saffie Joseph Jr. after winning the Swale Stakes (G3) over this track last time out. Edgard Zayas will take the irons once again, and with his rail draw, expect him to set the pace.

#8 Greatest Honour – In the end, his Holy Bull Stakes (G3) victory was just too impressive to let us go against him in this spot. This colt just keeps getting better with each start, which makes it even harder passing on him. He’s beaten most of these horses in the past and the “new shooters” have major question marks. Shug should have this horse primed for another big effort.

“We’d like to see some speed ahead of him,” said McGaughey, who won this race in 2019 with Code of Honor. “When you have a horse that comes from behind, if you have some pace in front of you, it helps you, but I’m not going to be overly worried if there isn’t.”

#4 Fire At Will – I nearly put this horse on top, but I just couldn’t pull the trigger. He has a tremendous amount of talent, perhaps more than any other horse in the race, but there are questions about how he reacts to fast dirt. If he takes to the surface, then he could pull off a mild upset and become a Kentucky Derby favorite.

“It’s a tough task, whether he’s a dirt horse or a turf horse, but he’s earned the chance,” Maker said.

#1 Drain the Clock – He’s interesting after a crazy-good performance last time out in the Swale Stakes (G3) over this track. However, the distance is going to be a challenge and this will be the toughest field he’s faced so far. The good news is that this track plays very well to early speed, and this horse has plenty of it. If he can get alone on the lead, then he’ll be pretty tough to catch.

“He’s a very talented horse,” Joseph Jr. said. “Last time, he couldn’t have won any easier than he did. He’s won all his races in a good fashion. Hopefully, he can keep it going.”

Check out our full in-depth analysis of all the big race days around the country with our all inclusive guides. 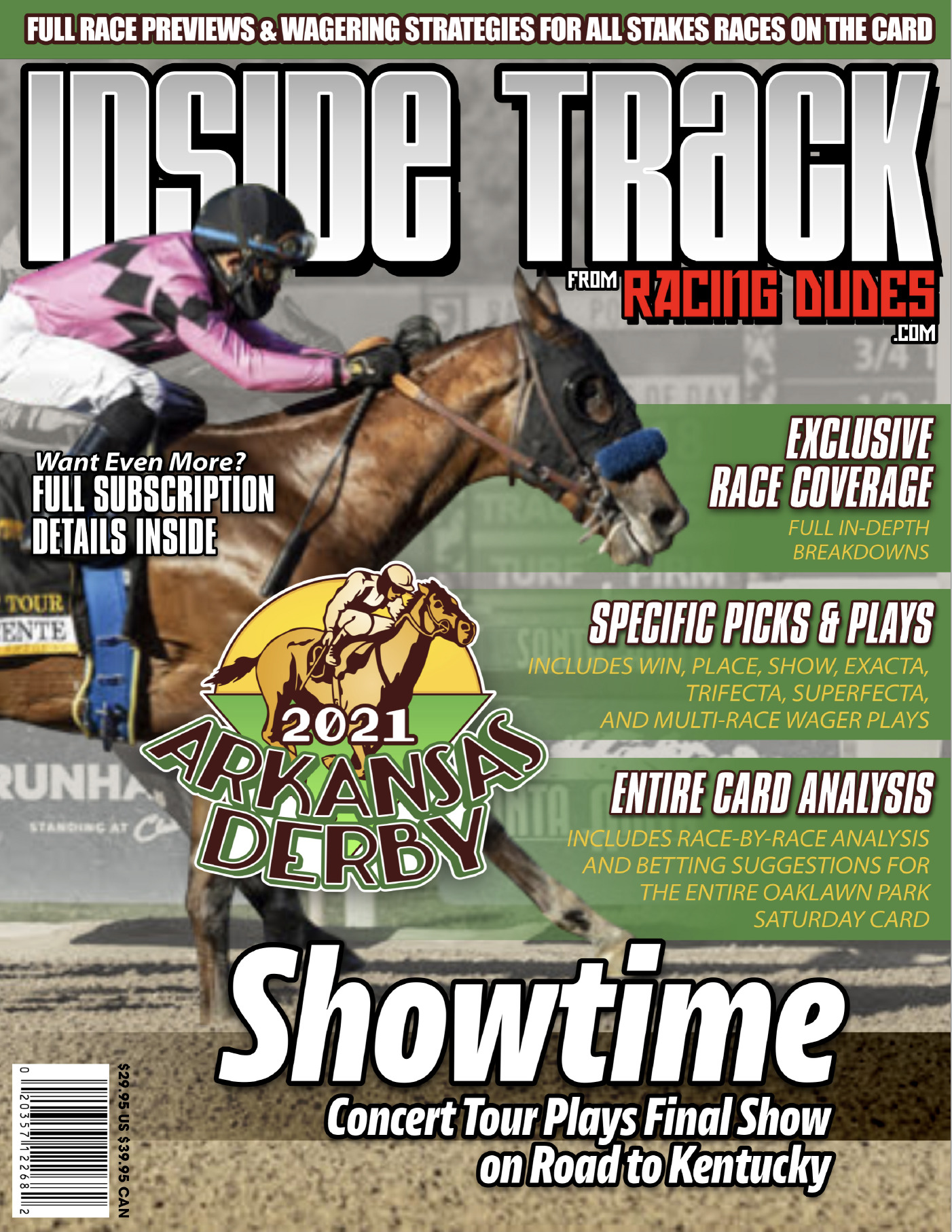 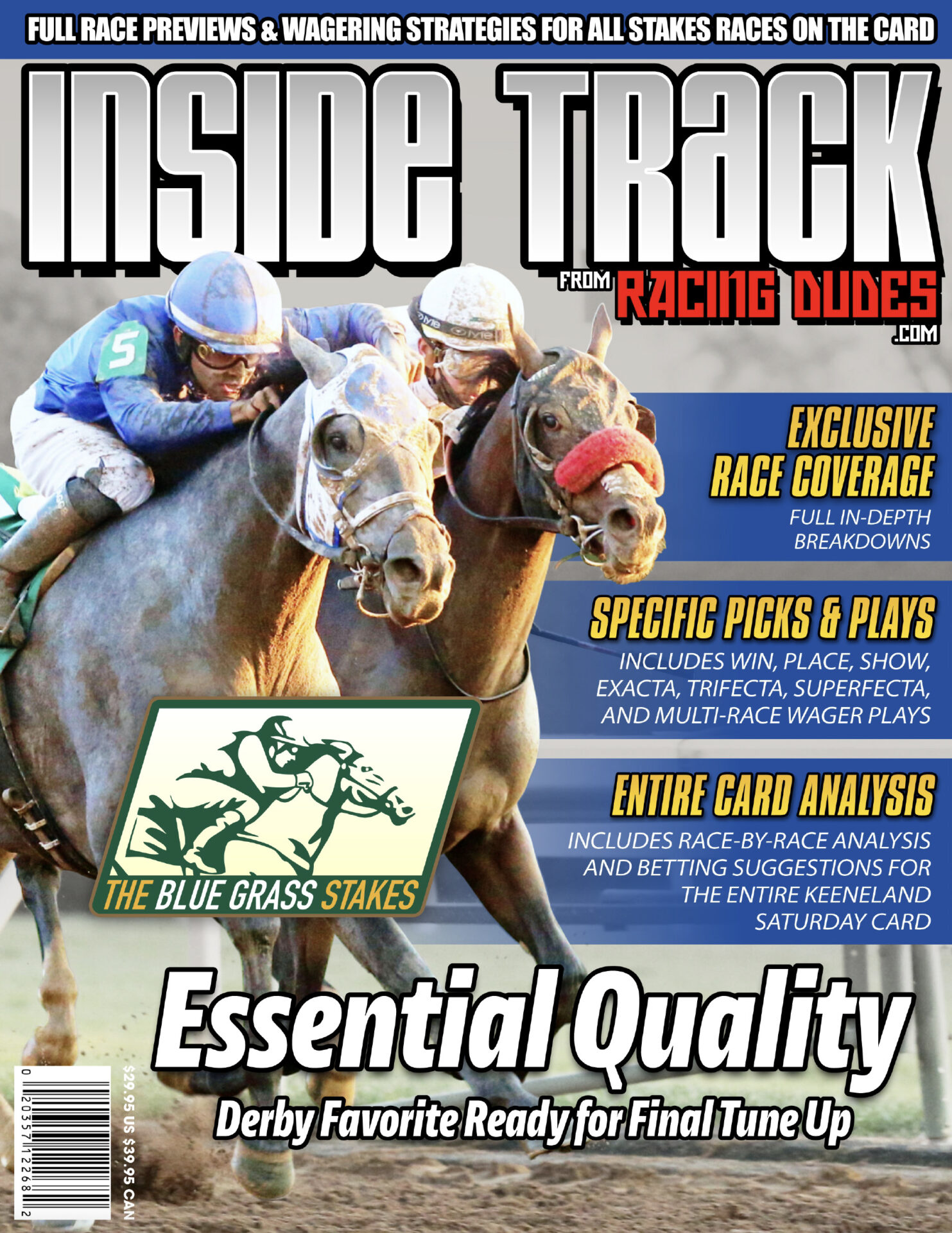 Inside Track to the 2021 Blue Grass 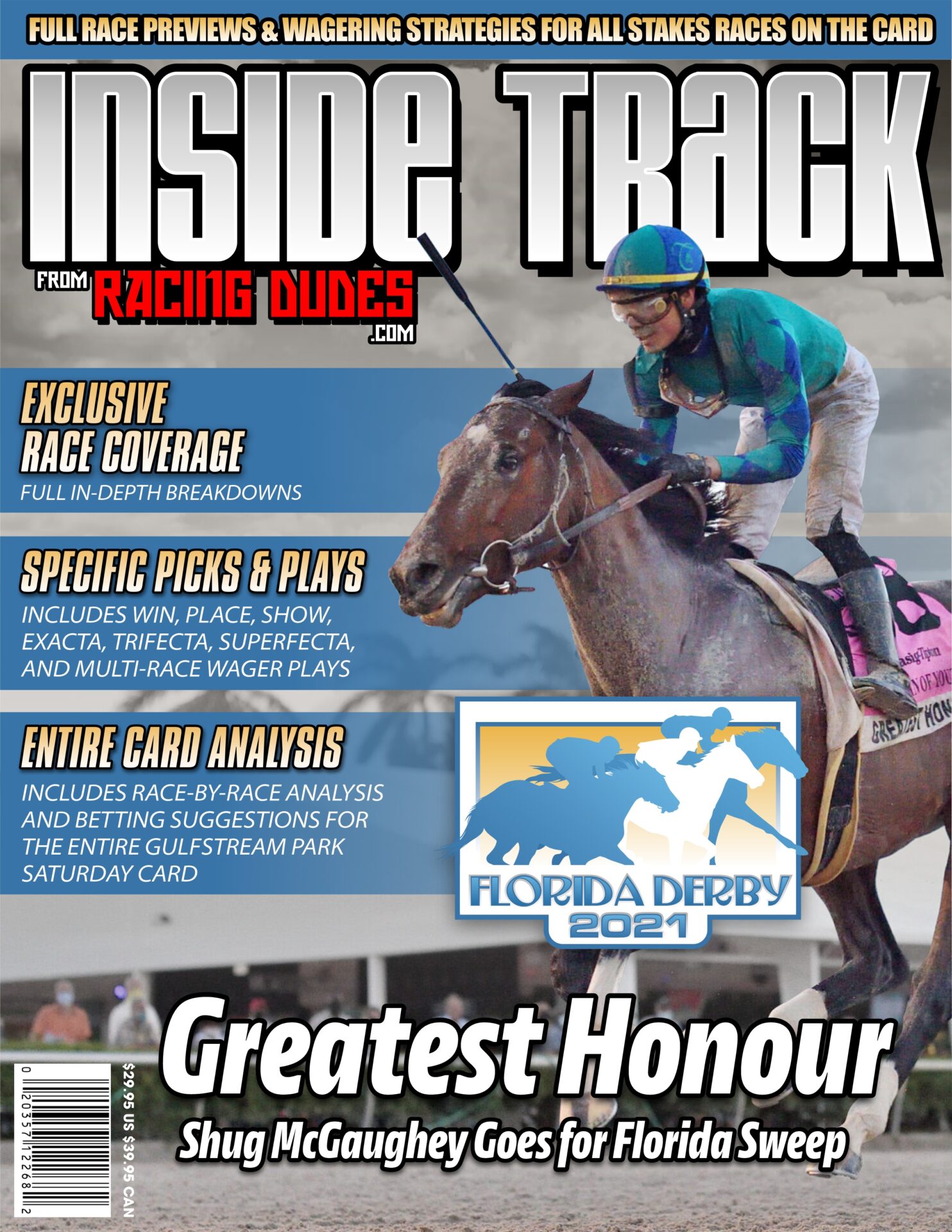 #6 King’s Ovation – It’ll be interesting to see how he handles stretching out in distance after his runner-up effort in the Swale Stakes (G3) last time out. He should be better going longer and could make noise at a big price. With the race looking top-heavy, get creative underneath.

#7 Tarantino – This horse ran well in the Holy Bull Stakes (G3) to finish second after getting an early lead. There’s a chance that he could get a similar setup and hit the board in another big race, but that seems like his ceiling.

“We’re hoping he can be a couple lengths better this time,” trainer Rudy Brisset said.

#2 Prime Factor – Can the Todd Pletcher trainee bounce back after a poor second career start in the Holy Bull Stakes (G3)? He was all the rage going into that race; however, he ran a pretty flat third. He has reasons to improve in his second time routing, but will it be enough to turn the tables? It’s questionable, but you might get a decent price on him.

“We’re hoping he shows improvement after having only 2 starts,” Pletcher said. “He came out of that race good. He came back with two really good breezes. We’re just hoping it was a lack of experience and seasoning. He’s trained like a good horse, so we’ll see what he can do.”

#3 Sososubtle – He’ll attempt to hop right into the deep end of the pool after breaking his maiden at second asking. This class jump will be ultra-tough, but at least he showed some ability in that last start.

#10 Papetu – After his non-threatening fourth in the Holy Bull Stakes (G3) it’s hard to have much confidence against a very similar field, so the bottom of the superfecta might be his ceiling once again.

“I think he made his move too soon (in the Holy Bull),” said trainer Antonio Sano. “He needs to relax early and make his run at the 3/8 (pole).”

#5 Jirafales – This colt tried to jump right into stakes company last time out, entering the Holy Bull Stakes (G3) off of 1 start, and it didn’t go well. Even if he improves, it likely won’t be enough to make an impact.

#9 Tiz Tac Toe – Why is he in this race? He is still a maiden, and last time out, he was fourth in a maiden claiming event. He’s totally overmatched here.

The Magic Mike Show 262: What We Learned (Kentucky Derby Preps)