LEXINGTON, KY – After disappointing as the even-money favorite last time out, L and N Racing and Winchell Thoroughbreds’ Stellar Tap will seek his redemption in Saturday’s $500,000 Claiborne Breeders’ Futurity (G1) at Keeneland.

The Breeders’ Futurity is a 1 1/16-mile dirt route restricted to 2-year-olds that serves as the ninth event on an 11-race card with a local post time of 5:15 PM. The race is also a Breeders’ Cup “Win and You’re In” event, awarding an automatic berth in the 2021 Breeders’ Cup Juvenile at Del Mar this November.

Additionally, the Breeders’ Futurity is part of the Road to the 2022 Kentucky Derby prep race season that awards 10 points to the winner, 4 for second, 2 for third, and 1 for fourth. 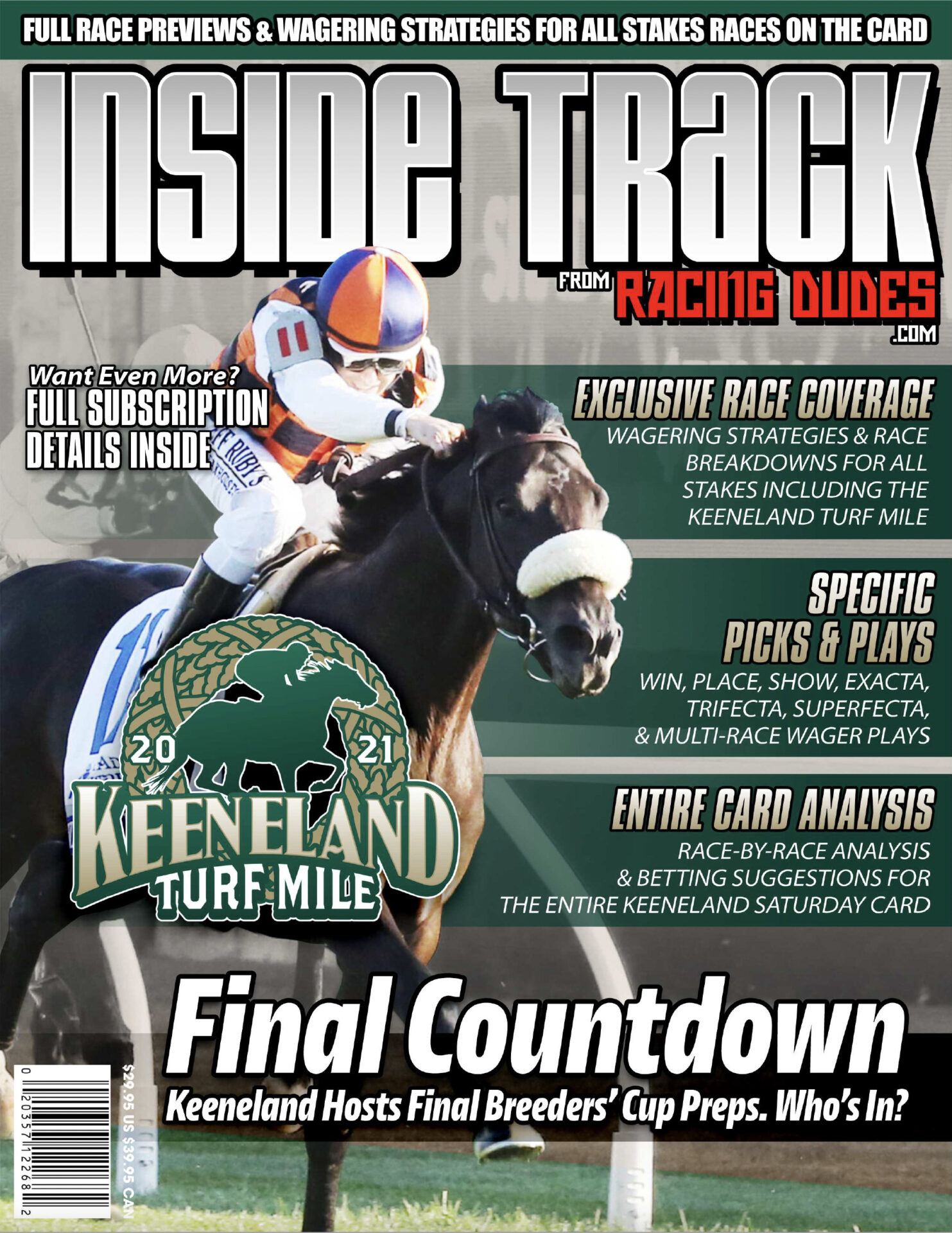 Here’s a look at the full field for the Breeders’ Futurity:

1. Double Thunder 4/1 – He rebounded from his first defeat in the Saratoga Special Stakes (G2) to win the 1-mile Sapling Stakes at Monmouth Park in his routing debut. The Todd Pletcher trainee won 2 straight to begin his career, including the 6-furlong Bashford Manor Stakes (G3), and jockey Paco Lopez – aboard for the first time when he broke from the rail in the Sapling – retains the mount.

2. Mr. Bouma 30/1 – He went too fast early and faded to fourth when debuting at 5 furlongs, then successfully carried his speed to break his maiden when stretching out to a mile last time out. Both starts came at Ellis Park and his win only earned a 60 Beyer Speed Figure that’s on the low end here, but trainer Dale Romans has never seen a Kentucky juvenile stakes he didn’t think he could win.

3. Stellar Tap 9/2 – He was a smashing debut winner by 5 1/4 lengths while running 7 furlongs at Saratoga, notably giving Hall of Famer Steve Asmussen the all-time training wins record in the process. He failed to back that up in the 1 1/16-mile Iroquois Stakes (G3) at Churchill Downs, where he briefly led before fading to finish fifth. The barn’s top rider Ricardo Santana Jr. stays aboard.

4. Seal Beach 30/1 – He stretches out to two turns for the first time while still a maiden after facing stakes-quality rivals in each of his previous 3 starts. He was third and second in a pair of Saratoga sprints before finishing second to returning rival Great Escape in a 7-furlong dash at Churchill Downs last out. His Beyers have improved with each start, but will it be enough for him to win?

5. Don’t Wait Up 9/2 – He missed winning his debut by a nose in a 6-furlong Saratoga sprint on fast dirt, then returned over the same course but in the mud and romped by 2 lengths. While his dam side leans a bit on the sprint side, his sire Upstart won a trio of graded stakes at this distance and he fired a pair of bullet works at Belmont Park leading up to this race, including 4 furlongs in a brisk :46 flat.

6. Rattle N Roll 6/1 – After rallying for third behind a future Grade 1 winner in a 6-furlong debut, he bolted in the far turn in his routing debut, a 1 1/8-mile test at Saratoga, but he rebounded nicely to defeat maidens going this distance at Churchill Downs last time out. His stretch-running style would greatly benefit from a stretch meltdown, as several of these runners are untested at two turns.

7. American Sanctuary 12/1 – He broke his maiden at second asking while making his dirt debut in a 5-furlong Prairie Meadows sprint, then finished second by 2 lengths in the 6-furlong Prairie Gold Juvenile Stakes and in the Sapling by a 1/2-length. He worked 4 furlongs in :47 flat last week and Sophie Doyle, aboard for his maiden W and in the Sapling, wins 19% for trainer Chris Davis.

8. King Curlin 30/1 – Trainer Brittany Vanden Berg shows tremendous faith moving him up in class for his dirt debut as he steps up to the stakes ranks despite being a 1-start maiden. After racing well off the pace early in a 1-mile Kentucky Downs turf event last month, he rallied strongly to take second, 1 3/4 lengths behind the winner who closely stalked and took first run at the early pacesetters.

9. Great Escape 8/1 – He rallied to finish second by a 1/2-length when debuting in a 6-furlong Ellis Park sprint, then dominated Seal Beach and eight others last time out going 7 furlongs at Churchill Downs. Trainer Rudy Brisset is based here at Keeneland, where this $200k yearling purchase posted a pair of sharp bullets prior to his maiden-breaking effort. His local experience should not be ignored.

10. Mac’s Time 20/1 – He finished a non-threatening fifth on debut in a 6-furlong Ellis Park sprint, then stretched out to 7 furlongs over the same track and won gate to wire by a hard-fought 1/2-length with a race under his belt. Romans’ second runner is a son Not This Time, a former Romans pupil who dominated 2 dirt routes at age 2 and missed in the 2016 Breeders’ Cup Juvenile (G1) by a neck.

11. Costa Terra 20/1 – He broke his maiden on debut while covering 5 sloppy furlongs at Ellis Park, then rallied to finish third by a 1/2-length in the Ellis Park Juvenile Stakes. The winner of that race finished ninth of 10 in the Iroquois Stakes (G3) next time out, but Asmussen’s second runner is bred to succeed when stretching out. His half-brother Pneumatic won a dirt route stakes at age 3.

12. Kevin’s Folly 12/1 – He broke his maiden on debut by 1 1/2 lengths in a 5 1/2-furlong Saratoga sprint, then finished third in the 7-furlong Hopeful Stakes (G1) over the same course. The top two finishers that day finished fifth and third (respectively) in last week’s Champagne Stakes (G1) and top California jockey Flavien Prat hopes that his 11th ride for trainer Tom Amoss becomes their first W.

13. Classic Causeway 5/1 – He steps up and stretches out after running loose on the lead and curb-stomping his rivals by 6 1/2 lengths while covering 7 furlongs at Saratoga. The runner-up broke his maiden last weekend at Churchill Downs, earning an 81 Beyer that backs up this horse’s 90 for the debut win that sits head and shoulders above everyone else here. Still, this post draw is tough.